There are, what seems like, endless different standards for grading systems that are used throughout the world when it comes to pearl grading. Unfortunately, there is no universal standard. Each standard varies in value factors and verbiage, but we can help you understand what each of these standards represents.

Some of the most common pearl grading systems include:

Each system uses the same basic standards but tends to use different terminology. Here we’ll unravel the mystery of pearl grading, and if you’re interested in what factors gives pearls their values, we can help you out with that too.

Abiding by strict quality controls results in quality and trust and that’s exactly what pearl grading sets out to do. By following a certain set of standards, pearl graders can distinguish the finest quality pearls from the average ones. This process is long and tedious but most definitely worth it.

Kyllonen uses the highest standards and only accepts and sells the very best pearls available. To begin, we’ll start off with our very own standard grading system.

The Kyllonen grading system was developed to remove any ambiguity from the world of pearl grading. Kyllonen separates grading between loose pearls and strands. Loose pearls are graded by individual beauty, whereas strands are graded on overall beauty and matching.

We use the same pearl grading system for each type of pearl to promote consistency and avoid confusion. This makes it easy for our customers to understand exactly what they are purchasing. Kyllonen uses the highest quality standards to ensure we use only the most beautiful pearls in the world.

As we stated before, Kyllonen uses two separate systems to grade loose pearls and pearl strands. Here, we’ll let you in on each and every factor that affects the grade of a loose pearl:

Gem grade pearls are the best in the world. They display the highest luster with a mirror-like reflection. Gem grade pearls show rich color and orient. When featured in jewelry, these pearls show no flaws or blemishes. This category is generally not used for South Sea White or Gold Pearls. 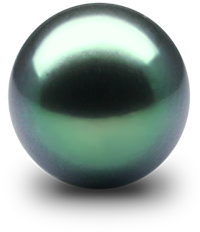 Pearl strands are graded collectively. So instead of each pearl being graded individually, a pearl strand is graded as one. Pearl strands high in value will have high-quality matching, lustrous, and blemish-free pearls.

As we discussed earlier, there is a variety of pearl grading systems used today. And although at Kyllonen we use our in-house grading scale, it’s crucial that you understand the variety of other grading scales used commonly today. This way, you ensure you make the most informed decision when purchasing pearl jewelry.

The Japanese Standard Grading system uses an A-AAA system in addition to the special grades of Tennyo and Hanadama. This system was originally created by Mikimoto, an infamous idol in the pearl industry.

Since it has been around for so long, the A-AAA system is the basis of grading for all pearl grading systems. However, it’s important to realize that not every pearl company’s AAA is equivalent to another company’s AAA.

In the Japanese Grading System, Tennyo and Hanadama grades require a minimum of 0.4mm nacre thickness. The higher the standards of the company, the better the quality of each category. Nicknamed the "Goddess", Tennyo is the highest available grade for Japanese Akoya pearls. The Tennyo grade is achieved by earning 90 out of 100 points on the PSL system. This grade heavily relies on luster and orient - which ultimately give the pearl its beauty.

Generally, the Tennyo grade is used for pearl strands and pearl earrings. Also known as the "Flower Pearl", the Hanadama is the 2nd highest grade for Japanese Akoya pearls based on the PSL system. Hanadama was originally the highest grade available before Tennyo was introduced to further distinguish the highest quality pearls.

Generally, the Hanadama grade is used for pearl strands or pearl earrings.

When it comes to Japanese Akoya pearls, the standard grades are AAA, AA+, AA, and A with AAA being the highest. This scale was developed by the infamous Kokichi Mikimoto to create standardization in the chaotic world of pearl grading.

The Tahitian Standard Grading System was first introduced by the Tahitian government in order to regulate the quality and reputation of the Tahitian Black Pearl. Pearls exported from Tahiti undergo inspection to assure proper nacre thickness and overall pearl quality. There is still some ambiguity in surface quality, which is common throughout many other pearl grading systems. Gem Grade Tahitian Black Pearls are special pearls which display the highest value of every factor. These pearls represent less than 3% of the pearl harvest and are therefore extremely rare.

The standard Tahitian grading scale grades pearls on a scale from A to D - A being the highest and D being the lowest.

The Chinese Standard Grading System is the most ambiguous grading systems used for pearls. This is due to a lack of an overall market leader or government entity standardizing the grading forefront. Pearl grades in China started using the AAA system and then developed into something entirely different over the years.

Over time Chinese sellers have attempted to outdo one another and started claiming 4A, 5A, and even  6A pearls. This led to mass confusion within the market. The largest pearl companies in China now use a 5A system as the standard with 5A representing Gem Grade pearls and 4A being the equivalent to a AAA in the Japanese System.

The world of pearl grading is inevitably confusing. Hopefully, you’ve gained some valuable insight into this subject. For the highest grade pearls possible, be sure to shop with Kyllonen Luxury today!